Why I wanted to take a gap year
I didn’t take a whole Gap Year, I took a gap experience at 19 between one year of college and the next. I went away because I had this urge to do something I hadn’t done before, give something back, challenge myself and push my boundaries. I wanted to come back having grown a little and in more ways.

How I found my gap year project
I found out about my organisation through my Mum when I mentioned wanting to do some volunteering. She hadn’t been away with them but had heard about the good work they did from friends and colleagues. Raleigh International was really my only choice once I had researched their ethics and reasons for their work. I signed up that day, a gloomy winter afternoon, and was due to leave for Costa Rica the following July. 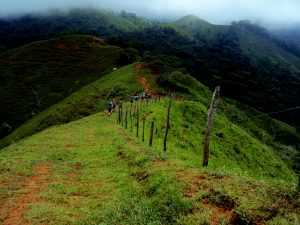 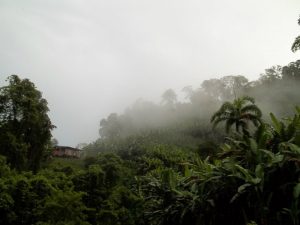 How I raised the money I needed
Making the decision was easy but running with the idea was the hard bit. I now had a fundraising deadline to meet, and with support from Raleigh and family, I set myself some targets. I raised most of my money through sponsorship. People were keen to help me when they heard what I wanted to do. It was a cause that people could relate to. I had a part- time job, and wrote to local businesses asking for sponsorship. Any birthday or Christmas money was popped away too.

The story of my gap year
I arrived in Costa Rica with fellow Venturers and our first port of call was Raleigh field base where we spent two days settling in. The time was used for admin formalities, training on jungle camping and radio skills, being allotted our projects and forming our teams. Once those were complete we departed for our destinations. Mine was in a rainforest, a few hours by bus and a few more hours on foot.

I was away for five weeks on a community project with an indigenous community. The location was remote and living was basic. The purpose of our project was to create a school building where the indigenous language could be taught while also providing shelter for a teacher who trekked a great distance weekly to teach the communities around the area. The teacher was native to the community but lived in a town a few hours away. He was trained to teach Cabecar, a language that was dying out. My group consisted of fifteen volunteers and three team leaders (one of which was a fully qualified first aider).
We came from all walks of life, various countries and ranged in age from 17 to 40. We were all in it together, sailing in the same unpredictable boat.

We had to build the structure from scratch. We began by clearing the land and preparing the foundations, then went on to collecting the materials and finally to building it. The wood was sourced locally with the help of the village ‘maestro’ (multi-skilled carpenter/builders) and the tin roofing was transported from the nearest town on (well-kept) donkey back. The tools we used were basic and essential. The task was both humble yet monumental for a bunch of amateur builders many of whom, like myself, hadn’t had much use for a saw or hammer before. It was the sad realisation of how much we took for granted and how we lacked basic life skills. 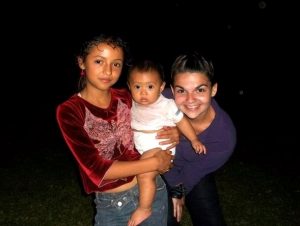 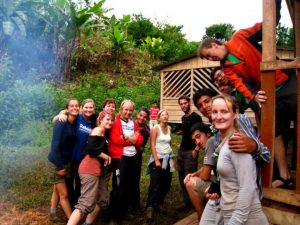 There were many challenges and the biggest was the weather. We worked from the early hours to avoid the afternoon heat, but the rain was unavoidable. There were instances when foundations were washed away and wood was too swollen to be used which caused havoc with our time frames. These were all structural issues whilst people battled with personal issues of ill health, home sickness and generally low morale. These were challenges that we needed to overcome.

Did the project benefit the local community?
The project was completed practically by its deadline and all the aches, pains and tears were worth it. We celebrated with a party that evening. The locals from the villages around cooked a feast and shared their best brews with us all under the incredible starry sky of the pure rainforest. When we asked the community if our project had benefited them, they smiled at us and said they felt that through us their culture had a future and their language a chance at thriving. 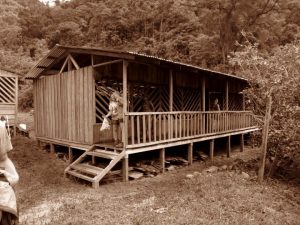 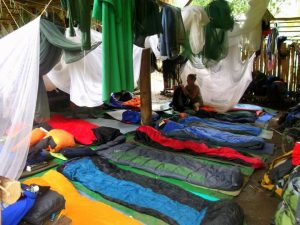 My advice to those thinking of taking a gap year
As cliché as it may sound, it was a life-changing experience. I came back undeterred by trivial matters of the first world, but grateful for it too. I came back richer in friends, in experience, and for having known a country filled with treasure in its culture, in its people and in its spirit.

“My gap experience helped me put into perspective what I truly wanted. For me, I concluded that I needed to be living life to its fullest. It made me recognise my sheer love of travel too. I have since travelled where I can, as far as I can and I hope to continue this way, eventually fulfilling my hopes to become a travel writer.”