Reflections of a Gap Year Traveller

Alongside tens of thousands of British school leavers I’d decided that a gap year was for me. Everyone has their own reason to take one, ranging from inspired to downright misjudged. For most however, its usually the first decision that’s all yours to make, and that’s what makes it so exciting. I went to India, traveling anticlockwise for six months until I ended up exactly where I started again, Mumbai. I’ve only recently realised how precious a gap year is, being able to take a year off from life, simply to indulge our dreams is rare, and for most of us we only get one chance to make the most of it. But how do you that?

My only qualification to talk about gap years is that I’ve taken one, and although I hate to admit it, I’m not sure I got the most out of it. The one thing I can be 100% sure on is that I made plenty of mistakes. So where did I go wrong? 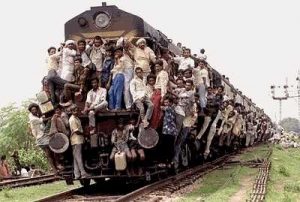 Essentially, the question I ask myself now is… Did I become just another tourist? I never wore socks and sandals, or hung an expensive camera about my neck, but with retrospect I became the very tourist that no Gapper ever wants to become. By following the very books designed to inform the independent traveler, I ended up following a conveyor belt of gap year traffic, bumping into the same people time and again as we all raced to the places highlighted in our travel guides. Of course this is avoidable, a more adventurous traveler would throw the guidebook away, but for an 18 year old who’d only been away for the occasional holiday with mates, you become addicted to the ease of just flicking a page for your next destination.

How would I change it if I could? I loved my time in India, but with time I regret 2 things. Firstly, I never gave anything back to a country and people that have such a special place in my heart, in fact I think I might have bankrupted a few with my over exuberant haggling. Secondly, I never got to know an area properly, never took the time out of my hectic schedule, and now have no one I’d feel comfortable visiting. With a bit of research its pretty clear to see that there are volunteering projects in just about every corner of the world, I’d recommend taking the time to check them out, its something I wish I’d done! I’m pretty sure it would have dealt with both of my regrets. 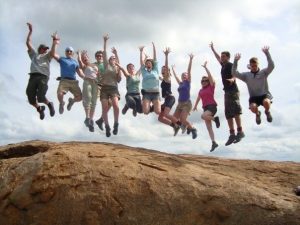 Deciding early on to travel independently, I bought all my own flights, insurance, jabs, organised trains and buses, flicked through Lonely Planet and off I went. Moving on every few days to see the next monument or beach, mountain or festival, it was an onslaught of experiences and undeniably fun. But now I ask myself if I got to know anybody, or indeed a particular place or community. With so many things to see in the bible that is a Lonely Planet, I never had time to get truly involved with the people who I so keenly watched as my train rolled through their towns and villages. The only time I sat back, took stock, and got to know any locals was whilst bed bound in a hospital in Goa following a rather dicey fever! Even paradise involves a trip to the hospital occasionally!

Five years later and with the traveling bug well and truly caught, I’m working as an intern for The Leap. It’s a gap year organisation providing opportunities as wide-ranging as eco-tourism, community projects and conservation. Operating in South America, Africa and Asia, it’s something I wish I’d known about when I organised my own gap year.